The Trials and Tribulations of Online Dating 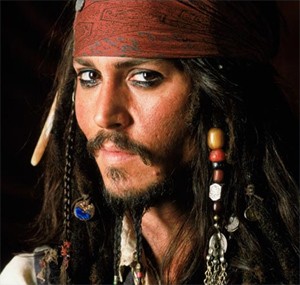 I have an embarrassing confession to make.

Recently while paddling my own canoe, I'd lost my way in the drama of online dating. Earlier today I disabled my account on a popular, free online dating site. It took conversations with my sister, a cousin and a girlfriend for me to realize how online dating was eroding my confidence and wasting my time. I spent far too much time trolling the online waters looking for prospective men when I could have been out doing something fun and experiencing life.

When I first dipped my big toe into the online dating pool, it had been 29 years since I'd been single, or as Bridget Jones would say, a "singleton" out there in the scary dating world. And how that dating world has changed in three decades!

In this all-new world of online dating, I first spent hours writing, editing and tweaking my profile. I'm a writer. That part was fun, but challenging. What words make a person appear attractive, interesting and witty--yet not desperate? Carefully choosing photos to upload to my profile ate up more time.

Then, I wasted more hours than I care to admit answering inane questions that were supposed to help find men who had shared interests and values. Most of the questions did not seem helpful in weeding out men who weren't good matches. And many questions were much too personal. I didn't answer those.

Soon men--dozens and dozens of them--began knocking on my virtual door. I'll admit that at first it was an ego booster to have so many men checking out my profile. But once I weeded out the too young, too old, bisexual, kinky and the worst category, in my opinion, "married but available," the numbers were much fewer.

Distance factored into the weeding-out process as well. Even if they were as gorgeous as George Clooney (and they weren't), men hundreds of miles away, across the country or on a different continent were eliminated from the ever-shrinking pool.

Men began messaging me. Many were clearly online looking only for sex. Some were downright creepy. Late one night, I was checking who had visited my profile when a man instant messaged me and asked if I wanted company that night. Right-o. Uh-huh. I've never met this man, I don't know what his real name is, and he's hoping I'll give him my address so he can drive right over to my place late at night. Isn't there a slasher movie with that same plot? I told him "no thanks," and he excused his virtual self to go creep out some other woman.

Sometimes I'd work up the courage to email a particularly attractive prospect who had been rated a very good match for me. But many men didn't have the courtesy to reply. I felt "virtually" rejected. One guy at least had the kindness to respond, "I looked at your profile, but I'm just not interested." I appreciated his candor. It was better than being ignored, but I still felt rejected.

I met a handful of guys face to face, always in daylight in a safe, public place, like a coffee shop. I always drove my own car and never got into a car with a man until I'd met him a few times and had the opportunity to Google him and check out his background.

With my first few coffee shop meetups, there was no spark for either of us. We were too polite to say, "Look, it's been nice meeting you, but let's not waste any more time. Best of luck." The first man talked nonstop about his career and his kids, but he didn't ask anything about me. This was my first "date" in 29 years. I was tongue tied and not marketing myself as an Internet dater should. He likely was nervous too. It went the same with the next guy.

One particularly memorable meetup was with a man who was supposed to be 94 percent compatible with me. We had emailed a couple of times, and seemed to share many interests. But when I walked into the coffee shop and saw him, I'm sure my jaw dropped. The photos he had posted were probably 20 years old, and he had gained 50 or 75 pounds or more since those old photos had been taken. He hadn't been honest.

What I found more disturbing was that as we chatted, he seemed to have a negative attitude and difficult relationships with many people. But the last straw was when he pulled out his phone and showed me a photo of himself dressed as a pirate and said he'd like to see me again. (Ladies, he did NOT look like Johnny Depp!) I politely looked at his pirate photo and replied that I was taking online dating very slowly. Then I excused myself and sprinted to my car and made my escape. I wondered if he ever had a second date.

After that I learned to do more research by having phone conversations before we actually met in person. That helped to find if there was common ground. But how do you casually work into the conversation: "One last question: Do you have a pirate costume?"

I eventually did have more than one date with a few nice men. It was fun to have a man to go to a restaurant with, see a movie or a play, and visit farmers markets, museums and more. But after a time, those short-term relationships fizzled out.

Recently, my friend, Henry, and I were comparing online dating war stories.

"I should stop watching chick flicks like 'Under the Tuscan Sun,'" I told him. "I need to realize that I'm not going to move to Italy, be swept off my feet by a handsome stranger and live happily ever after in a Tuscan villa."

With his dry wit, Henry replied, "My love life has been more like the movie 'Titanic'. The last hour--when the ship is sinking!"

Since that conversation, Henry has found a wonderful woman on the same online dating site that I had tried. He's happy. He tells me not to take it so seriously, not to worry so much about it. Just let it happen.

Henry and many other friends have reminded me how hard I've worked to achieve my freedom, to change my life, to start anew. To paddle my own canoe.

Someday, maybe I'll meet a man who is a compatible paddling partner for my adventures. In the meantime, I'll keep paddling my own canoe and moving forward to my next adventure.

Meanwhile, tomorrow morning is my last dragon boat race for the season. Can't wait! Paddles up!
Posted by Susan, who is paddling her own canoe at 9:15 PM 7 comments: