Spiders and stink bugs and flies! Oh my! 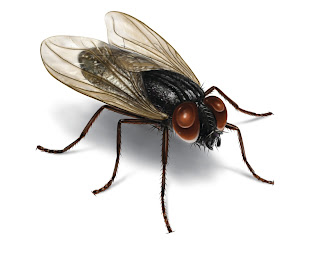 I stepped into our tiny home’s shower, turned on the water, and heard an insistent buzzing. Looking up at the skylight, I realized I was showering with about a dozen flies. Oh well. Unfazed, I continued showering. No matter how many times a day we vacuum the flies from the shower, the windows and the light fixtures, a larger number of flies descends upon us. It’s a bit like the endless armies of advancing orcs in the “Lord of the Rings” trilogy. Although if orcs were lurking in our shower, I would refuse to shower and I would be stinky. 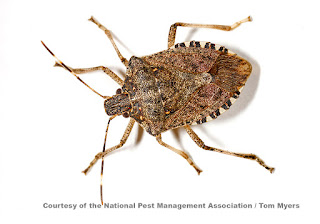 In that case, I might be as stinky as the masses of stink bugs that entered our little home a few weeks ago. My stink bug strategy is to either vacuum them up or pick them up and whisk them outside before they give off their sickly sweet stinky aroma they emit when threatened. I’m not afraid of stinkbugs, but I’m not crazy about their odor.

When I was a girl sleeping in the upstairs of our farmhouse with my two sisters, I sometimes awoke in the night to the strong aroma of stink bug. I’d turn on the light and discover a stink bug lurking on my covers, and I’d freak out a little. I no longer freak out at the sight or smell of a stink bug. But I still don’t want them in our house. 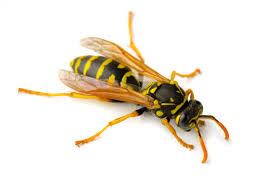 It’s a good thing I’m not the kind of woman who is afraid of bugs. Before the stink bugs showed up, waves of wasps sought refuge from the cold in our little home. We sucked them up in the vacuum as soon as we discovered them. We also bought two fly swatters and strategically placed them at either end of the house to arm ourselves to battle with the bugs.

Next, we were invaded by lygus bugs, which were unfamiliar to me. Like stink bugs, the small, winged lygus bugs give off an unpleasant smell when disturbed. These plagues of lygus bugs, flies, stink bugs, and wasps sometimes have occurred simultaneously this fall. Several times a day we sucked them up with our efficient canister vacuum or swatted them until the buzzing ceased—at least temporarily.

Our current plague is tiny spiders that descend from the ceiling right in front of our faces. I have met people who are terrified of spiders, but I am not one of them. We recently watched the Harry Potter and The Lord of the Rings films. If these tiny spiders were the size of Aragog or Shelob, I’d be alarmed. But they are simply one more annoying creature invading our small living space. When I was a girl, we sometimes discovered black widow spiders crawling in our old farmhouse. Mom trapped them in a jar so we could get a closer look and learn how to identify them. Thankfully, these dinky spiders invading our space are no threat. They are simply seeking refuge from the cold. Nonetheless, they are not welcome here.
As I write this in the early morning hours, the living room is dark. An insistent fly is seeking the only light source—my computer screen. He’s buzzing around my head and dive-bombing into my hair. Perhaps it’s time to get out the canister vacuum and begin the battle of the bugs in this new day.

Is living with these annoying insects worth it, you might ask. Yes, it is. Without a doubt. Even faced with plagues of flies, spiders, stink bugs, and wasps, life is very good. I’m waking up to views of fresh snow on the Elkhorn Mountains. At night I watch the stars splattered across the big, big sky. Most of all, I’m sharing my new life with the Mountain Man. We’re hiking, kayaking, dancing, playing music and laughing. Each day brings a new adventure, including battling with bugs.

It could be worse. Aragog could be lurking in the closet, ready to pounce on me. But here's more good news about living tiny: Neither Aragog nor Shelob could squeeze into our tiny closet.

Posted by Susan, who is paddling her own canoe at 8:45 AM No comments: