When we walked into Mississippi Pizza ready to dance to Kory Quinn's music, I immediately noticed guitar cases haphazardly piled on the tiny dance floor at the base of the stage.

"They should move those guitar cases," I told Kirby. "Someone might trip."

The jumble of guitar cases spilling onto the dance floor was a roadblock to our dance plans. And in a way, to my expectations and happiness for the evening. Should I dance and risk tripping? Or just listen to the music from the sidelines and watch the other dancers having fun?

How do you approach life's potential roadblocks?

Do you carefully map out each step and consider potential obstacles to your success before you move your big toe a centimeter? Or do you leap from the ledge, letting the wind take you in whatever direction it chooses, without a care to potential roadblocks that might stand in your way? Most of us fall somewhere in the middle of these two extremes.

Not long ago, before I moved a pinky, I wrote extensive numbered lists of "pros" and "cons of a decision I was contemplating. I carefully considered potential consequences. After I made my decision, I moved at a glacial pace.

But in the past few years, more often than not, I've stood on the ledge and leaped. I might lick my finger and test the wind's direction, but recent experience has taught me that even if you plan very carefully, life doesn't always go according to plan. Let me revise that last phrase: In my experience, life rarely goes according to plan.

What's caused my philosophy to change so drastically? Having the carpet pulled out from under me and falling hard on my rear multiple times has made me a freer spirit. I'm no longer afraid of falling. I've already done it. I plan less and live more by the seat of my pants. So far, in my new normal, that philosophy has served me well.

If we look closely, any situation is fraught with potential obstacles. If I didn't try something because I might fall down, I'd never have an adventure. There is always the possibility of falling down, especially for me. Last year I fell on porch steps, hitting my head, neck and back and suffered a concussion. Many years ago, while sitting on my sister Judy's slick vinyl couch, I did a nosedive onto the floor. I wasn't even moving and I fell off the couch!

I seem to be much more graceful in a dragon boat or kayak, but put me on land, and I may fall down, hard. Without warning.

So as I scoped out potential obstacles on the dance floor, that pile of guitar cases seemed like a doozy. But I didn't let the threat of tripping over guitar cases or any other obstacles prevent me from dancing. I really wanted to dance.

As Kory started singing one of our favorite songs, Kirby led me to the dance floor. I stopped worrying about that pile of guitar cases and enjoyed dancing. Things went well--for about 45 seconds. I'd completely forgotten about the guitar cases until I backed into them, lost my balance, and dipped backward toward the stage, with my head swooping very low.

Thankfully, although I was mid-fall, my hands were still in correct swing dance position, allowing Kirby to grab my hands and pull me back up--without missing a beat of the music.

Perhaps people watching us dance thought, "Wow! How cool is that? Look at that deep dipping move! That couple dances well together!"

More likely people saw the panicked look on my face and thought, "That klutzy woman tripped over the guitar cases and almost fell over backward onto the stage. Her dance partner sure saved her patootie."

I'm thankful I took a risk. Yes, I tripped over the guitar cases, but thanks to Kirby's quick actions, I didn't fall. We had a fun and even memorable time dancing.

Life is far too short to worry about potentially tripping over obstacles. Don't worry that you might fall. Get up and dance--with gusto! See you on the dance floor! 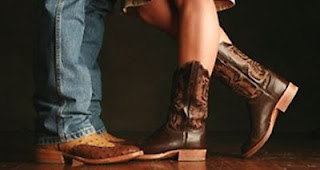 Posted by Susan, who is paddling her own canoe at 6:19 PM No comments:

What to do when life flings feces at you

The city announced that residents should boil their household water until further notice. Stores had a run on bottled water--with worried Portlanders filling up their vehicles--from their SUVs to their electric Smart cars--as if it were the apocalypse.

Portlanders are not alone. If you've lived long enough, you too, may have had had a close encounter with poo. Something stinking up an otherwise perfectly good glass of water. Feces flung your way. Poo-poo stuck to the bottom of your favorite shoes as you make your way through life.

Life is like that. Things might be going great and--bam! The feces hit the fan. It's OK. You can deal with the feces. Life is bound to fling 'em at you.

The trick is knowing what to do when it happens. As the Brits say: Keep calm and carry on.

First, do something that lifts your spirits to get past it: paddle a dragon boat, hug your honey, play with your kiddos, dance with abandon, run your fingers over the rosemary in your garden.

Next, put on your big-girl panties and deal with whatever crap is blocking your way to happiness.

Oh--and boil your water before you drink it.
Posted by Susan, who is paddling her own canoe at 11:37 AM No comments:

Control your clutter--don't let it control you

Is your life overrun with too much stuff? Are you overwhelmed with trying to unburden yourself?

Do you hold onto stuff with emotional ties? Clothes that are three sizes too small--or too big? Gifts you've never used but might someday?

Do you have bulging closets? Is your garage so stuffed with junk that you can't park a car in there?

Do you own so much stuff that you also pay rent on a storage unit? If so, you're not alone. Did you know that 8.96 percent of all American households currently rent a self storage unit? That's a whopping 10.85 million of the 113.3 million U.S. households in 2012, according to the Self Storage Association.

For six months, I've been plagued with the overwhelming task of downsizing my storage unit from a 10 x 20 unit to a 10 x 10 unit. Slowly but surely, I've been getting rid of stuff I no longer needed.

Every month when I paid my storage bill, I felt guilty. I felt I was wasting money renting a storage unit larger than I needed. But could I really squeeze it down to 10 x 10 feet?

Today, thanks to my friend and neighbor Bruce who pitched in to help me, we did just that. The impetus behind me finally doing this task is that my storage rent is increasing next month. After just a little more than two hours of work, the task was completed.

Most of the remaining stuff is stored in neatly stacked plastic storage bins with lids. I already had all these storage bins, but today I consolidated my stuff so it takes up less space.

As I swept the concrete floor of the empty storage unit, I looked at the cavernous space and hoped I'd never need to store such an enormous amount of stuff again.

We took a load of empty boxes to a nearby U-Haul storefront. Someone who is moving can use those boxes. I don't intend to move anytime soon. Last year, I moved three times in three months. In the past two years, I'd moved five times.

I have a few things to donate, including two throw pillows to a couch I donated three months ago. In December 2011 when I was laid off and had to sell my three story, 2,400-square-foot house, I started a practice of keeping a cardboard "donate" box near the front door or even in the car. It makes it easier to toss in things I no longer need and drop them off to my favorite thrift shop before I talk myself into keeping them.

Now everything I own fits into my 600-square foot apartment or my 10 x 10 storage unit. Even so, I still have too much stuff and will continue to lighten my load.

If I were still carrying the weight of so much stuff I no longer need, would I have found space in my life to reach out and become a new woman unafraid to paddle a dragon boat with the Mighty Women, beat an African drum, swing dance in a crowded pub, belly dance in front of a wall of mirrors and so many other adventures?

Before I pulled down the door on the smaller storage unit, I smiled. That bear of a task is done and no longer can haunt my dreams. Thanks, Bruce!

When true simplicity is gained,
To bow and to bend we shan't be ashamed.
To turn, turn will be our delight,
'Til by turning, turning we come round right.

.
Posted by Susan, who is paddling her own canoe at 9:08 PM No comments: